Our ‘Stand Up to AKU’ comedy night was on Sunday the 9th of June at the Hot Water Comedy Club in the centre of Liverpool. Overall, we raised £694, through online sales, on-the-door sales and raffle ticket sales. The raffle was a huge success; we sold 139 tickets on the night. This week’s blog is written by Juliet, our Fundraising Manager, who organised the night.

The comedy night was held at the legendary Hot Water Comedy Club, a cool venue in the heart of Liverpool. The evening started around 7 pm, everyone started to arrive and got drinks ready before the show. During this, we began selling raffle tickets and letting everyone know what prizes we had on offer.

The show started at 7.30pm, and the room was full of our Liverpool connections, researchers, patients and people new to AKU. I started the show by speaking to the audience about the AKU Society, alkaptonuria and introduced everyone to the ‘Stand Up to AKU’ comedy night spectacular. 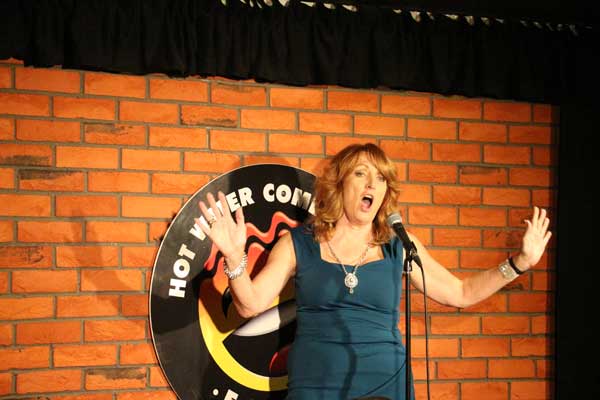 Pam Ford then opened the show, with gags about her previous marriages and talked about her kids. She introduced Tony Cowards, who was the first act to grace the stage. Tony warmed up the crowd with snappy one-liners and funny stories. We were sad when his act ended, but we were ready for more. We then had a short break for the audience to grab drinks and buy more raffle tickets. 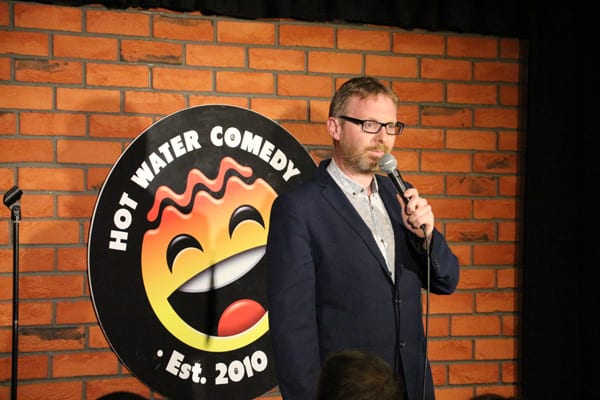 Pam then introduced our next two acts and showed off her raffle prizes, Pam’s souvenirs included a fish and chip fork and paper fan – the winner was in for a treat!

We had two scousers perform. Dean Coughlin had a 10-minute set; he was quick-witted and told hilarious stories of the antics he has been up to growing up. 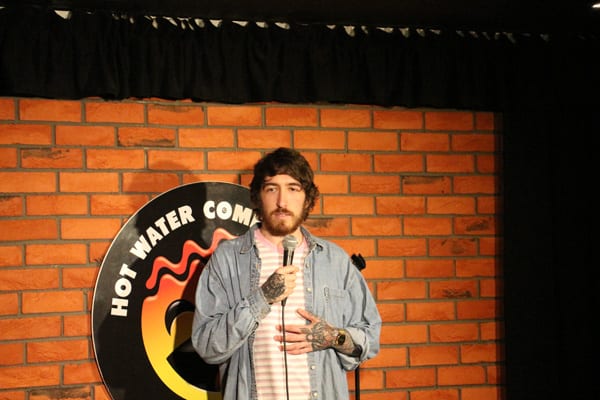 Adam Staunton was our next act and cracked up the audience. He made fun of his height and left the audience wanting more. We then had another well-earned break and sold last-minute raffle tickets. 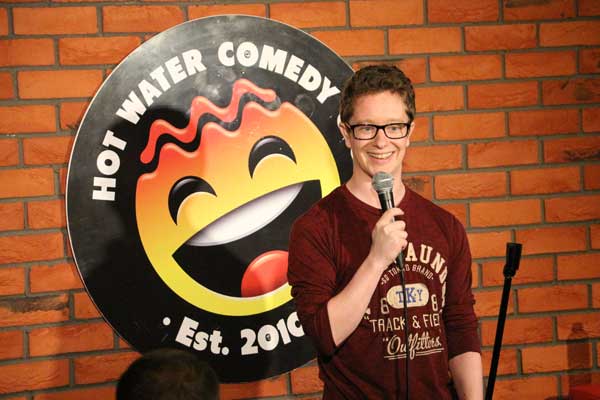 Sully O’Sullivan was the act to close the show. He had a refreshing set from New Zealand – a great act to end the night. 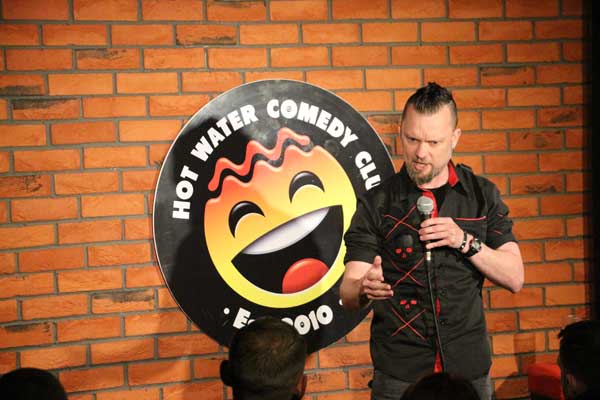 We finished the comedy night with our exciting raffle. Pam and I read out the raffle tickets while our winners grabbed the prize that they wanted. We had nine raffle prizes on offer: 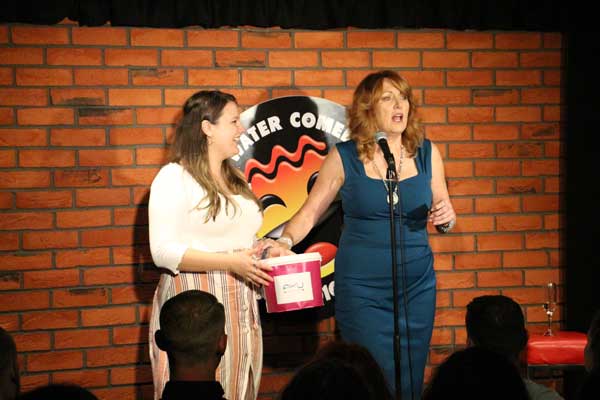 The prizes were quickly snapped up, and Pam closed the night.

Thank you to everyone that attended the night. A massive thank you to our raffle prize donators, the Hot Water Comedy Club for letting us use their venue and to the acts for providing cracking comedy. All the funds raised from this comedy night will go to help vital work that the AKU Society does to help AKU patients.

Got an idea for a fundraising event? Keen to get involved in our community fundraising? We are always looking for new and exciting ways to fundraise. Why not get in contact with our fundraising officer, Juliet and share your ideas.