Garrod Day is quickly approaching. It’s a very important day in the history of alkaptonuria (AKU). In this week’s blog we celebrate all of Sir Archibald Garrod’s fantastic achievements and discuss how you can make an impact by hosting your own coffee morning for Garrod Day. 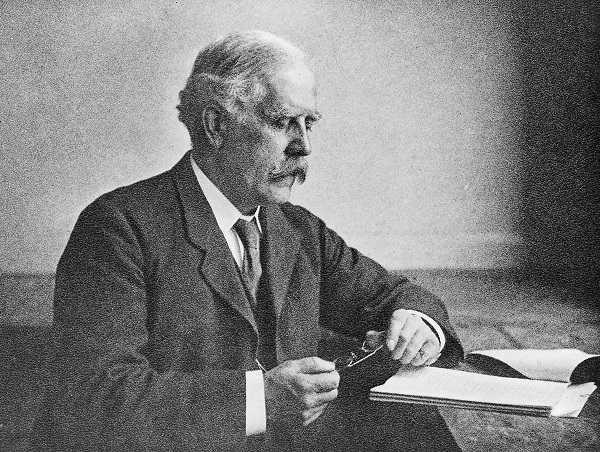 Who is Sir Archibald Garrod?
Sir Archibald Garrod was an English physician who first described AKU. On the 25th of November we celebrate Garrod Day as it’s Sir Archibald Garrod’s birthday. We are hosting coffee mornings a day later so everyone can host their own coffee mornings in their workplaces.
Garrod was the fourth son of another renowned physician and was educated at Marlborough College and Christ Church at the University of Oxford. He lacked interest in classics, so he performed poorly at Marlborough College. However, he graduated with a first-class honours degree in natural science in 1878. In 1885 he obtained his Bachelor of Medicine and Master of Arts from Oxford and became a member of the Royal College of Physicians. A very successful education!
During the First World War, Garrod served as a medical consultant to the army, primarily in Malta, and in 1918 he was appointed Knight Commander of the Order of St Michael and St George in recognition of his wartime services. Unfortunately, two of his three sons were killed in action during the war. His third son, Basil, aged 21, died in Cologne during the great Spanish Flu pandemic.
Garrod is best known for his scientific study of inborn errors of metabolism. He had a childhood interest with colour variations and he took particular notice of how the colour of urine changed. Due to this he began to study alkaptonuria. He collected family history information as well as urine from his patients and in 1902, published a paper called The Incidence of Alkaptonuria: a Study in Chemical Individuality. This was the first published account of a case of recessive inheritance in humans. He received honorary degrees from the universities of Aberdeen, Dublin, Glasgow, Malta, and Padua in recognition of pioneering a new field of medicine.Garrod Day Today 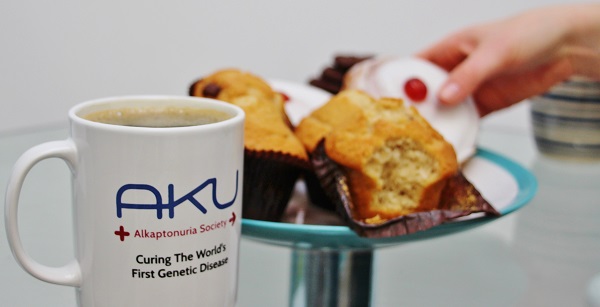 Almost 116 years on from Garrod’s description of AKU, the AKU Society has an unlicensed treatment, nitisinone, which has been shown, through our National AKU Centre, that it halts or slows the degenerative progression of the disease.
Hosting your own coffee morning can seem daunting, which is why the AKU Society will support your preparations every step of the way. We have our own fundraising pack, filled with tips for success and recipe ideas. If you’re still stuck on baking ideas, then check out this link for coffee morning recipe ideas to get you inspired to bake.
Last year was a huge success, and we wish to replicate this. We sold rocky road, lemon cake, vegan flapjacks and a chocolate yule log. We also sold our AKU Christmas cards, which we will be selling again this year. If you’re keen to start your Christmas preparations early, you can order AKU Christmas cards here. Everyone at the AKU Society is excited to celebrate Garrod Day and raise money for AKU.
Make sure to keep an eye out during the week after Garrod Day for a cake filled blog celebrating the day’s successes!

Fancy hosting your own Garrod Day coffee morning? Email our fundraising officer Juliet, [email protected], to get your own fundraising pack and ideas to raise as much money as possible for Garrod Day.
Robert Minter2019-04-01T05:12:33+01:00November 1st, 2018|