Last week Lesley and Sorsha visited the grand opening of the new Shree Swaminarayan Mandir Temple in Kingsbury, London. They were there to receive a generous donation to support the work of the AKU Society. In this week’s blog we hear about the day, and learn more about the community behind the new temple. 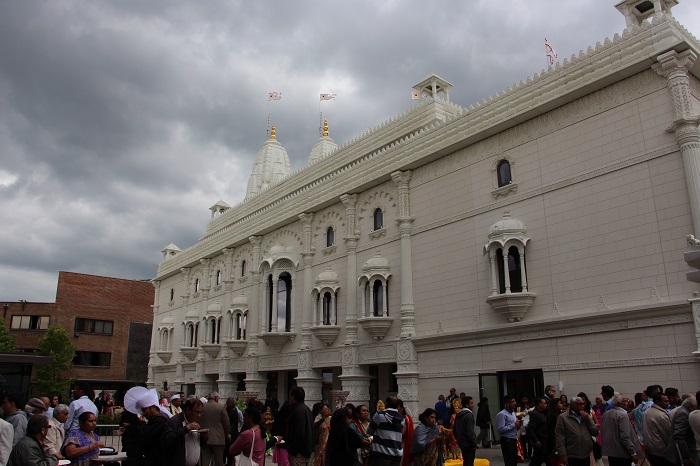 The Mandir means the temple, and the one built in Kingsbury is now the principal Mandir in the south of England. The temple was built with the help of everyone in the community, with some giving contributions of money, and others giving their time for free to help with labour and building. All of the intricate carvings were sourced from India, shipped over and put together on site. 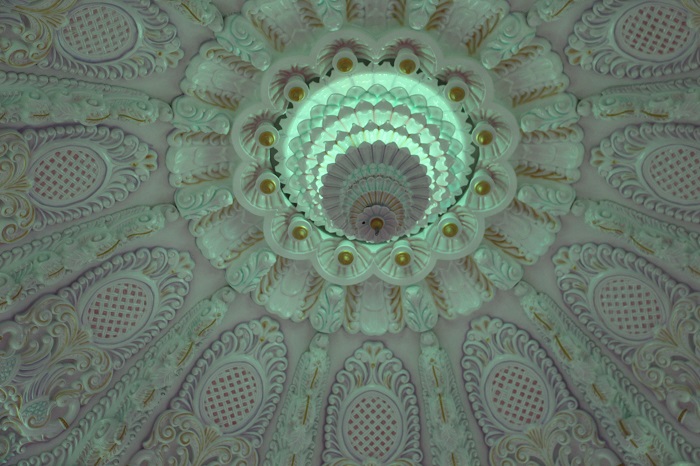 Modern technology is mixed seamlessly with this traditional workmanship, with LED lighting systems in the temple making it a bright, open and colourful space. It really is a stunning building.

However, the temple is not only a place of worship, but a practical hub of the community. It has facilities on the grounds, such as a hall to host sports, arts and other activities. There are also classrooms for education, and spaces for charity events.

When we arrived, the temple and the grounds surrounding it were already bustling with people. We received an incredibly warm welcome, and a guided tour around the beautiful temple. We were then brought out to a large marquee in the grounds of the temple, where His Divine Holiness Acharya Swamishree was preaching on a stage. 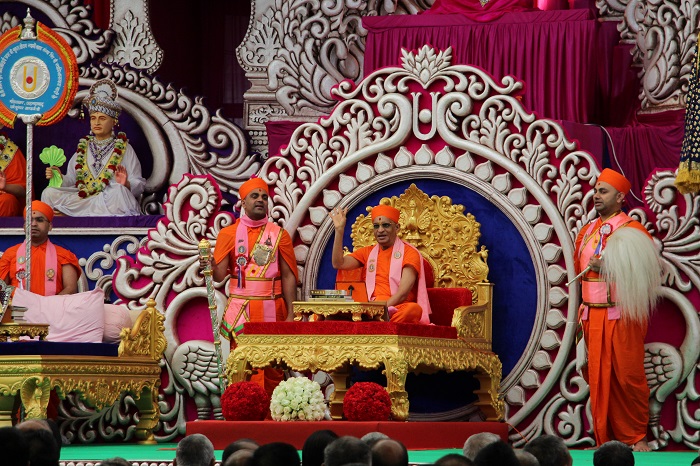 His Divine Holiness Acharya Swamishree continues the teachings of Lord Shree Swaminarayan, and was described to us as being, “Like the pope of the Swaminarayan religion.” He has been supreme leader of the Faith since 1979 and has travelled all over the world sharing his teachings.

It was fantastic to hear him preaching, despite not being able to understand Gujarati. Thankfully we had two people with us who were kindly able to translate the important parts for us. Despite the stage only being a temporary installation for the grand opening, the colours of the intricate carvings on display were spectacular! Throughout the ceremony there was much singing and celebration of the new temple, thanking God for the help in making the community dream happen. 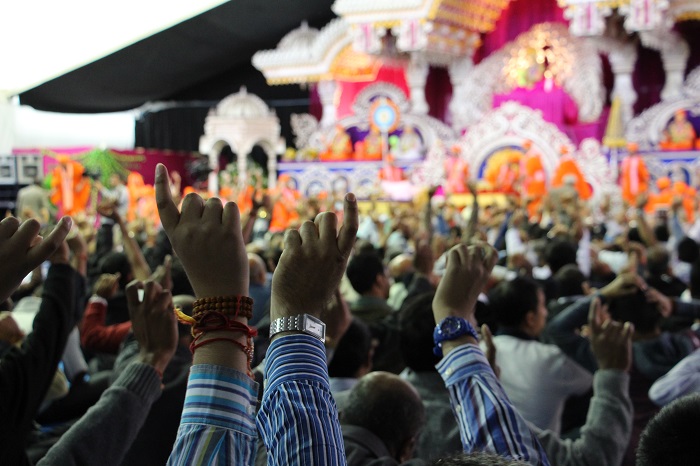 After His Divine Holiness Acharya Swamishree had finished preaching, the presentations began. Lesley and I went to the front of the women’s section and had scarves and garlands of flowers placed around our necks as we accepted the generous donation from the community.

We experienced even more hospitality as we were invited to join the community for lunch. Here we met with one of the families of an AKU patient who we support. Although the patient herself was unable to be there, it is fantastic to know that her family and the whole community are supporting her. 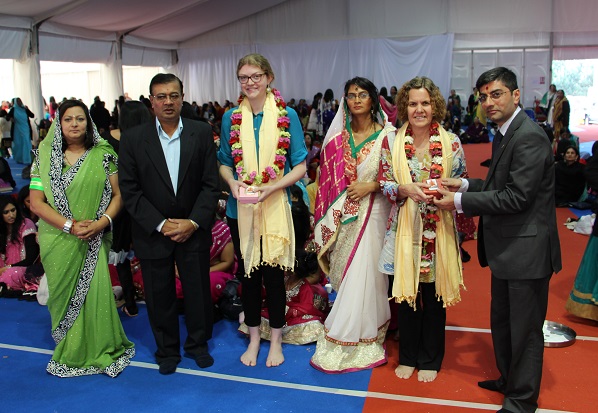 We are very thankful to the whole community for inviting us to be a part of the grand opening of this temple that means so much to the whole community. We also give a huge thank you for the donation we received that will help us to support many other patients and their families, just like those within the Kingsbury community.