In June this year, we are celebrating the 10th anniversary of the National Alkaptonuria Centre (NAC), which has played a pivotal role in supporting and caring for the AKU community.

In 2012, the AKU Society collaborated with the Department of Health to establish the NAC at the Royal Liverpool University Hospital. UK AKU patients attend the NAC once per year, where they receive a full health assessment, access to the drug nitisinone, and advice on living with and managing the disease. 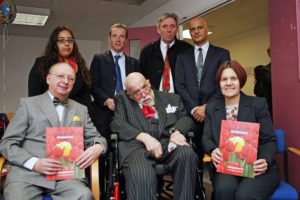 On the 10th anniversary of the NAC opening, we are celebrating the hard work which has been invested by the hospital staff, clinicians, and researchers and the profound impact we have been able to have on the AKU community.

Current NAC clinical director Dr Milad Khedr said: ‘AKU is such a rare disease that patients were left to fend for themselves before the NAC was created. It has completely changed their lives with a one-stop shop where they can access world experts in the field and a life-changing treatment.’ 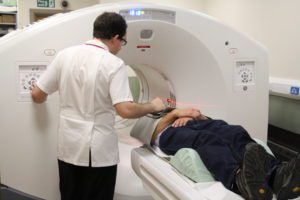 AKU patient having an MRI scan

One of the key achievements of the NAC, has been providing patients with access to nitisinone treatment. This treatment has been proven to reduce the toxic-acid that causes AKU by 99.7% effectively slowing and even halting the progression of the disease. Thanks to the NAC, and nitisinone treatment, AKU patients have been able to maintain a higher level of mobility and independence.

AKU patient Duncan Batty, who has been attending the NAC since it opened, said: ‘AKU is a devastating disease if left untreated. The NAC has offered hope to me and my fellow patients through the treatment and care provided.’ 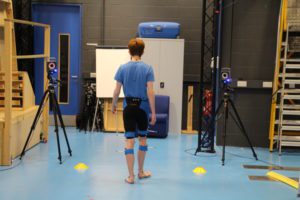 The celebrations will take place over the week of the 13th of June, consisting of a number of events across the Royal Liverpool University Hospitals NHS Foundation Trust. Keep an eye out on our social media for updates over the celebration week.