In this week’s blog, we hear about Bob Montague, who went to the National Alkaptonuria Centre (NAC) for the first time this January.

Now 70 years old, Bob read law at the London School of Economics, after which he went to work as a solicitor for a major London law firm. He then set up his own practice with his wife Chris, specialising in commercial work and property. He retired at the age of 60 and splits his time between his main home in Bishop’s Stortford, Hertfordshire, and his second home on the Algarve, Portugal. 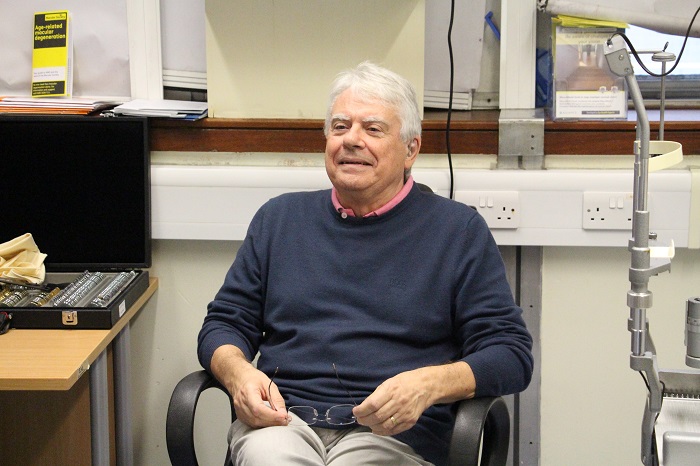 Except for a brush with prostate cancer at the age of 58, Bob has been quite healthy, which he puts down to his interest in swimming. He has never had a joint replacement. His children don’t have AKU, nor does he know of anyone in his family who has had it. His joints have ached for years, however. Before hearing about AKU, he put this down to an injury he suffered playing squash at age 30.

Seven years ago, Bob’s optician was worried about the black spots in Bob’s eyes. He ordered a biopsy done on one of them to check if it was cancerous, so the spot was cut out of the eye. It wasn’t cancerous. But no-one mentioned AKU. 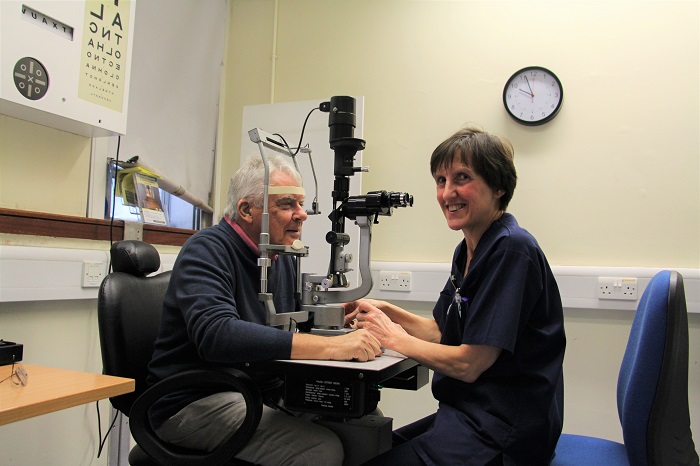 Four years ago, a doctor happened to put a stethoscope to Bob’s chest. It sounded like a hosepipe had been pinched. Bob was sent to hospital to have an operation on his heart. Enormous blockages of calcium were found in his aortic valve – a classic symptom of AKU. There were also black spots in his chest cavity. Confused, the doctors sent out for a diagnosis. When this arrived, Bob read it, but didn’t understand. Googling ‘ochronosis’ led him to the AKU Society website. Reading it, he began to think that he might have AKU. 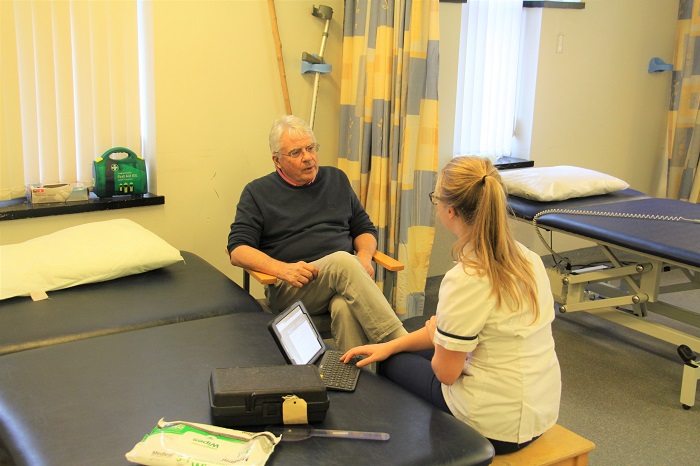 ‘After my heart surgery’, Bob said, ‘I didn’t want to go to any more hospitals. I was only spurred into action by seeing Nick Sireau in the BBC documentary. I remembered that the AKU Society existed to help potential AKU patients like me. I spoke to Lesley Harrison (the AKU Society’s Patient Support Manager) on the phone. She told me how to check for ochronosis – this ‘blackening’ that results from AKU – in my urine. I checked. I had AKU.

I’ve just finished my first visit to the NAC in Liverpool. I’ve received my first batch of nitisinone, which will stop further degradation. The help I’m getting, from Lesley especially, is second to none. Her enthusiasm is infectious. It gets us all going. Thank you all so much.’