to host the event. Flying Start aims to improve outcomes for children from pregnancy to their 5th birthday as a foundation to a healthy future. Breaking Down Barriers aims to help patient organisations and support groups to join and share their work. They also seek to develop guidelines to highlight practical ways to support families who have an increased risk of having a child with a genetic disorder. The AKU Society has received funding from Breaking Down Barriers over the last two years to produce translated leaflets and a GP’s waiting room video showing the symptoms of AKU. Breaking Down Barriers also funded a system called BrowseAloud, an assistive technology software that adds text-to-speech functionality to our AKU Society webpage. We were excited to work with them again in Luton. 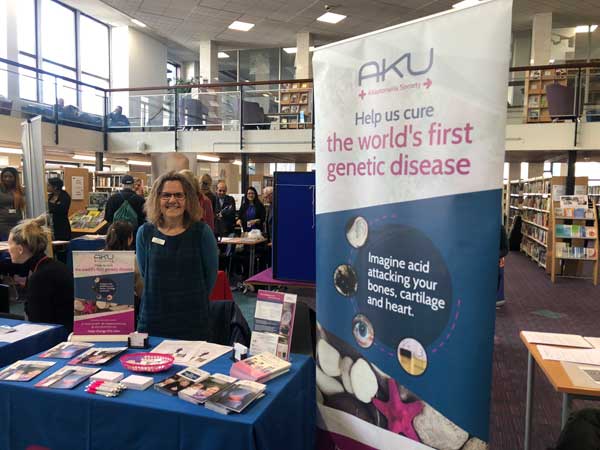 The event was at Luton’s Central Library, where we had a stall set up on the first floor, with free AKU chocolate, English and translated leaflets, AKU pens and post-it notes. We also had our AKU banner stand up so everyone could easily pick us out if they wanted information. It was a very successful day; there were lots of stalls promoting charities that were running in the Luton area to help minority groups and rare disease charities. We even had a family whose children had AKU seek our stall out to get advice and information on how they can deal with the disease. Not only did we raise awareness but we helped families affected with AKU get the help that they need. 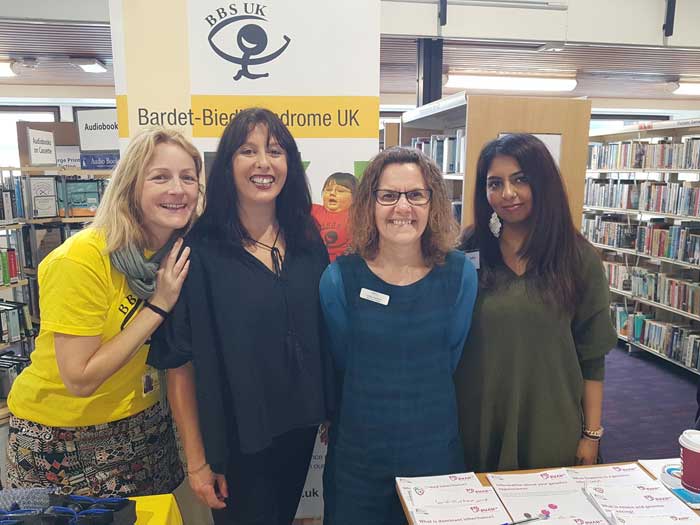 There were multiple information sessions all day, one on the Parent’s Perspective and one on NHS Genetics Service’s for Luton. These both helped raise awareness of genetic disorders and how to receive help. The NHS Genetic Services session highlighted how children inherit rare diseases and why some families have a higher risk of getting the disease. We then learned how to get help from the Genetic Services and what they offer, including genetic testing for families.

BBC Look East was there in the afternoon to interview Kerry Leeson-Beevers from Breaking Down Barriers and cover Bardet-Biedl Syndrome (BBS), it was exciting for all of us. It was a very positive day, and we are looking forward to more Health Awareness events from Breaking Down Barriers. Keep an eye out for future health awareness events as this one was a massive success. They aim to host more around the country. Juliet and Lesley enjoyed talking to people, raising awareness for AKU and learning about what other health services are available in the Luton area. 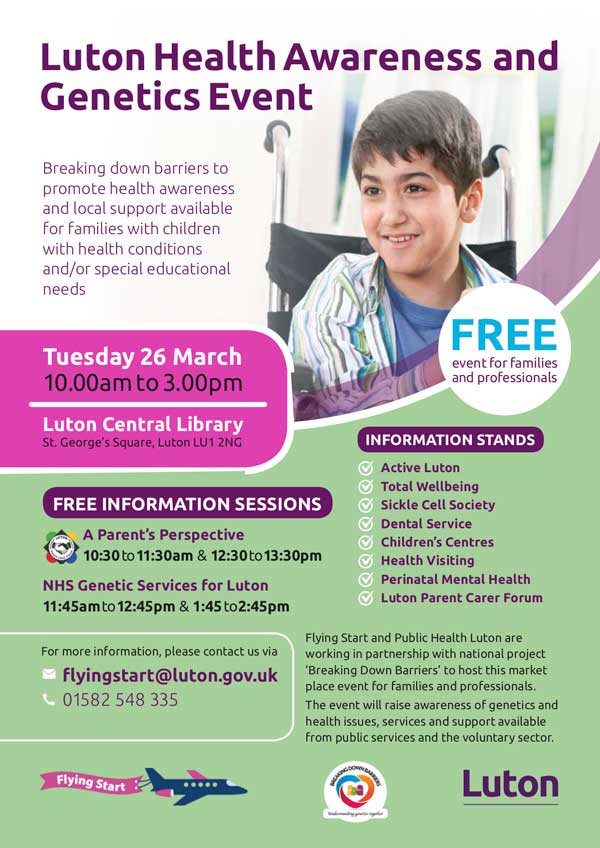