On 23rd April Joe England successfully completed the London Marathon on behalf of the AKU Society. Joe raised a total of £1725, completing the race in 3:55:57. We are very appreciative of his brilliant effort. 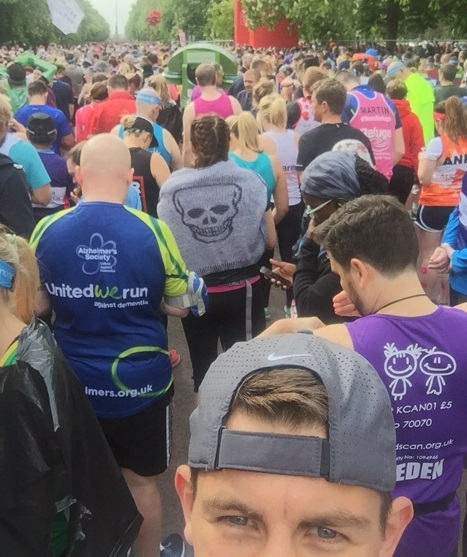 Coming up to the race it was not looking good for Joe, he suffered an injury to his knee two months before, meaning he could not do any training beforehand. After considering his options he decided he would continue with the race, aiming to finish as quickly as possible without further injuring himself.
Going into the London Marathon having done no training is generally not advised, but Joe persevered even through the pain when in the 9th mile into the race his knee started to give out. He managed to carry on and still finished in under 4 hours, which was a great achievement and makes his effort even more admirable.
Joe had fantastic support from his local community who supported him via his Virgin Money Giving page. The donations and comments really helped inspire Joe to keep on running. 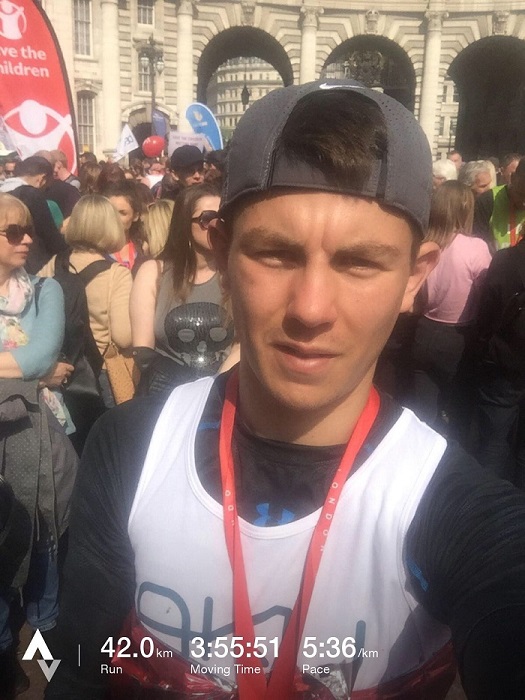 He was even featured in his local newspaper the Wisbech Standard, who wrote an article about his fundraising efforts
We would like to say a massive well done and thank you to Joe for running the marathon for us. The money he raised will be going towards our continued support of AKU patients.
If you would like to get involved with a fundraising event for AKU, please contact our Admin & Events Officer Robin Marshall at [email protected].
Robert Minter2019-04-02T07:19:36+01:00May 5th, 2017|