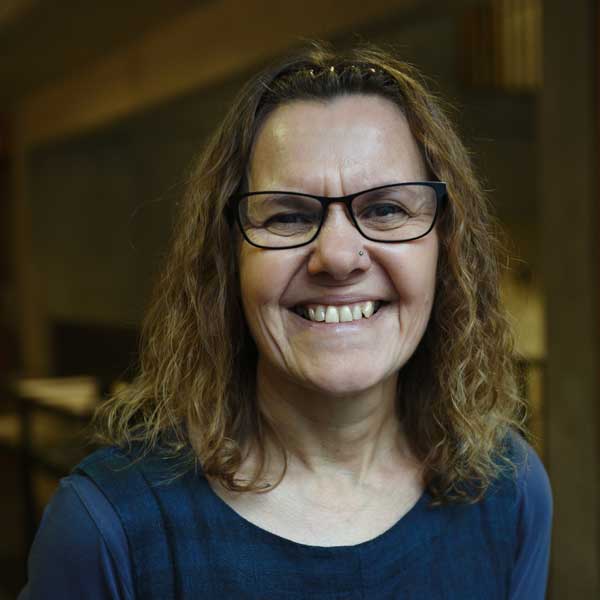 Lesley trained as a Mental Health Nurse at Long Grove Hospital in Epsom. After staffing in a Mental Health unit in Chesterfield, she completed her post-registration General Nurse training in Leicester.

For a time she served in the Queen Alexandra’s Royal Naval Nursing Service where she cared for both civilian and military personnel. It was here she developed a keen interest in offshore sailing and crewed on a number of sailing expeditions in the Solent and Adventurous Sail Training Courses, including the Joint Services Med-Chase in the Eastern Atlantic. She is a qualified Day Skipper. During her time in the Navy, Lesley was given the opportunity to travel as Medical Cover on a Royal British Legion War Graves Pilgrimage to Central Italy.

After leaving the Navy, Lesley has worked professionally within the NHS and private sector in a variety of general and mental health positions. Her extensive experience includes school nursing, evening/night community nursing and as a Practice Nurse in a GP surgery. She was also the Manager of two nursing homes with Granta Housing and Sue Ryder Care.

Most recently, Lesley worked in the charity sector as an Advocate for Voiceability and POhWER, where she supported people with mental health problems and learning difficulties. She worked to ensure they were aware of their rights and empowered them to have a voice. She also worked as an ICAS Advocate, supporting and guiding people through the NHS Complaints Process. In 2012 Lesley completed and was awarded her National Advocacy Qualification.
Outside of work, Lesley is kept busy with her two daughters, chickens and a horse. She has supported her daughters with their interests in horse riding, swimming, triathlon and football. She qualified as a Level 1 Football Coach and helped set up and coach a local girl’s football team. She is a keen Everton supporter and attends games whenever she can.

Lesley is passionate about the human and legal rights of people who may be at a vulnerable point in their lives. She acts as an advocate for our patients ensuring all are treated fairly and their voices are heard, challenging decisions and processes where necessary.