The AKU Society has just come back from a hectic week in the beautiful Italian city of Siena. We were not, however, there to view the incredible renaissance architecture or sample the lovely Tuscan wine, although we did try. Instead, we attended the final project board meeting of DevelopAKUre and the 11th international scientific workshop on AKU.
DevelopAKure Final Project Board Meeting
Every year we hold a meeting of all 12 members of the DevelopAKUre consortium. This is an opportunity to update the team on each member’s progress in their area of DevelopAKUre. It was held in a beautiful monastery, the Certosa di Pontignano, situated in the Tuscany countryside. It was the last meeting of DevelopAKUre, as it officially ended in January. 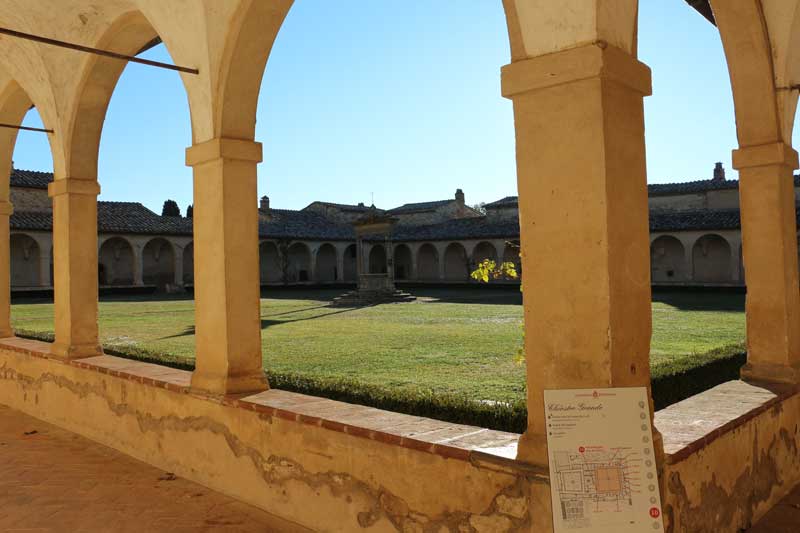 The talks included detailed explanations of each of the partner’s roles over the last year and how they will work to analyse the samples from SONIA 2. AKU Society trustee Tony Esmond also spoke about his experiences of the SONIA 1 and 2 clinical trials, giving the much-needed AKU patient perspective.

We want to thank Daniela Braconi from the Italian AKU team for organising the meeting and everyone who attended.

Below is a selection of pictures from the meeting. 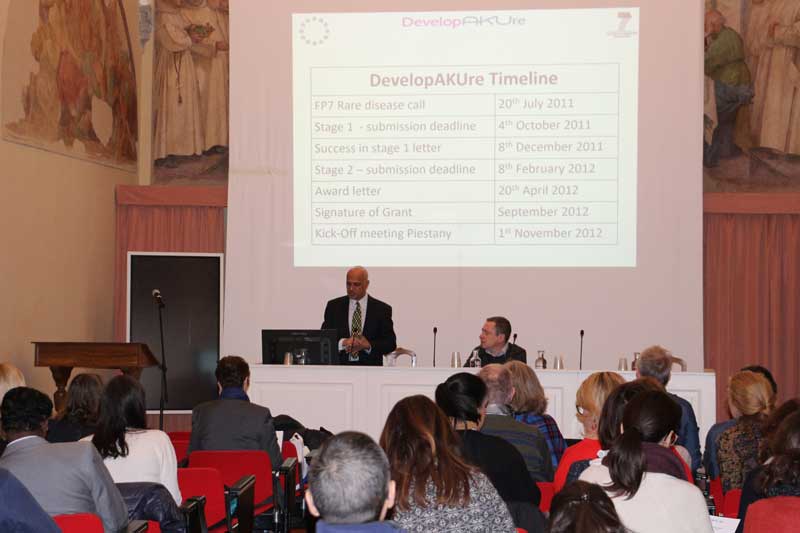 Chief investigator Prof Ranganath and Chair of the AKU Society Nick Sireau introduced the day and summed up the hard work of the consortium over five years and three clinical trials. 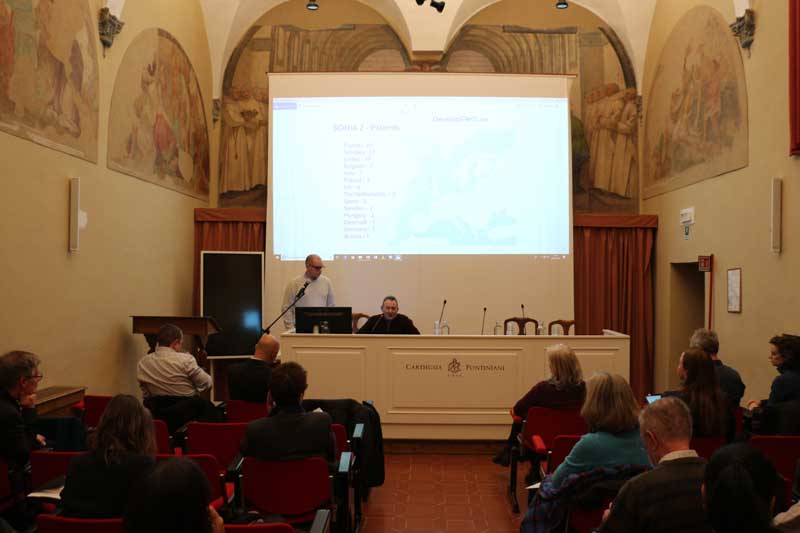 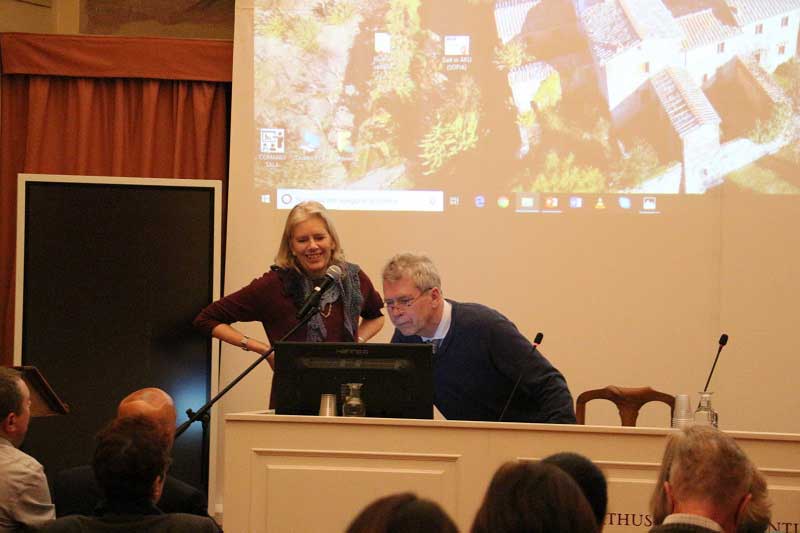 Birgitta Olson from Swedish Orphan Biovitrum (SOBI) discussed the work needed to complete the analysis of the data gathered during SONIA 2 and the timeline by when they expect the results to be announced. 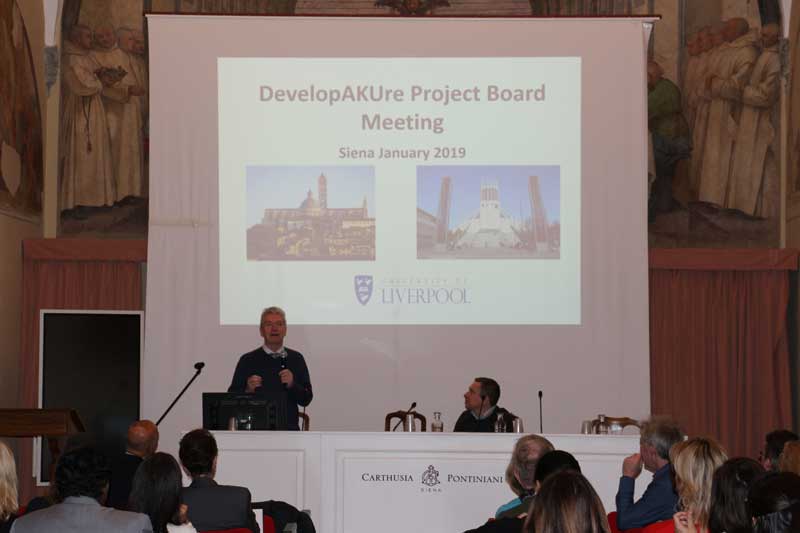 Prof Jim Gallagher, AKU Society trustee and lead AKU researcher at the University of Liverpool, discussed the data gathered from the ear biopsies as part of SONIA 2 and explained how his team will measure the effect of ochronosis on cartilage throughout the trial. 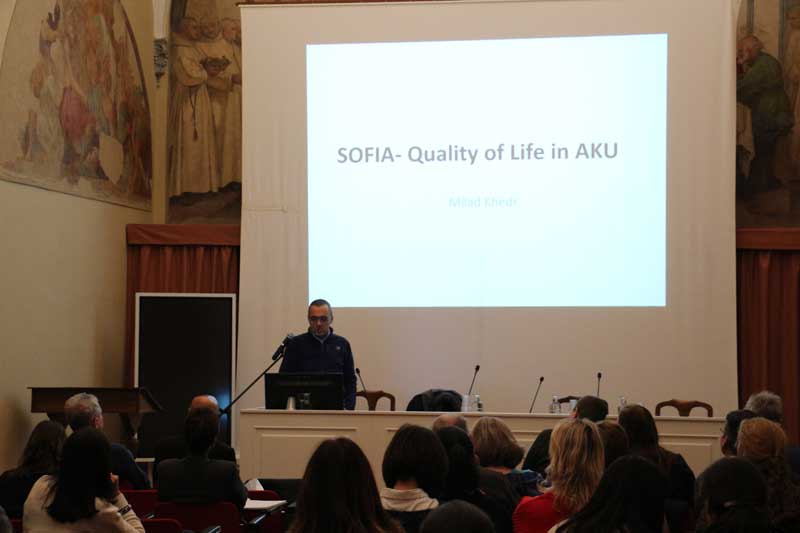 Dr Milad Khedr from the Royal Liverpool University Hospital explained the importance of the SOFIA study looking at when the AKU pigment starts to build up. 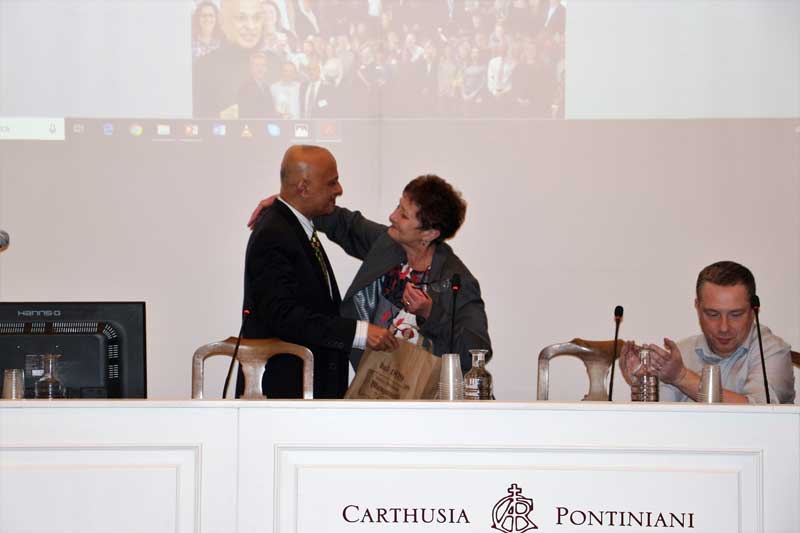 Pam Neagle EU coordinator at the Royal Liverpool University Hospital and Prof Ranganath were presented with gifts for all their hard work, dedication and leadership over the project. 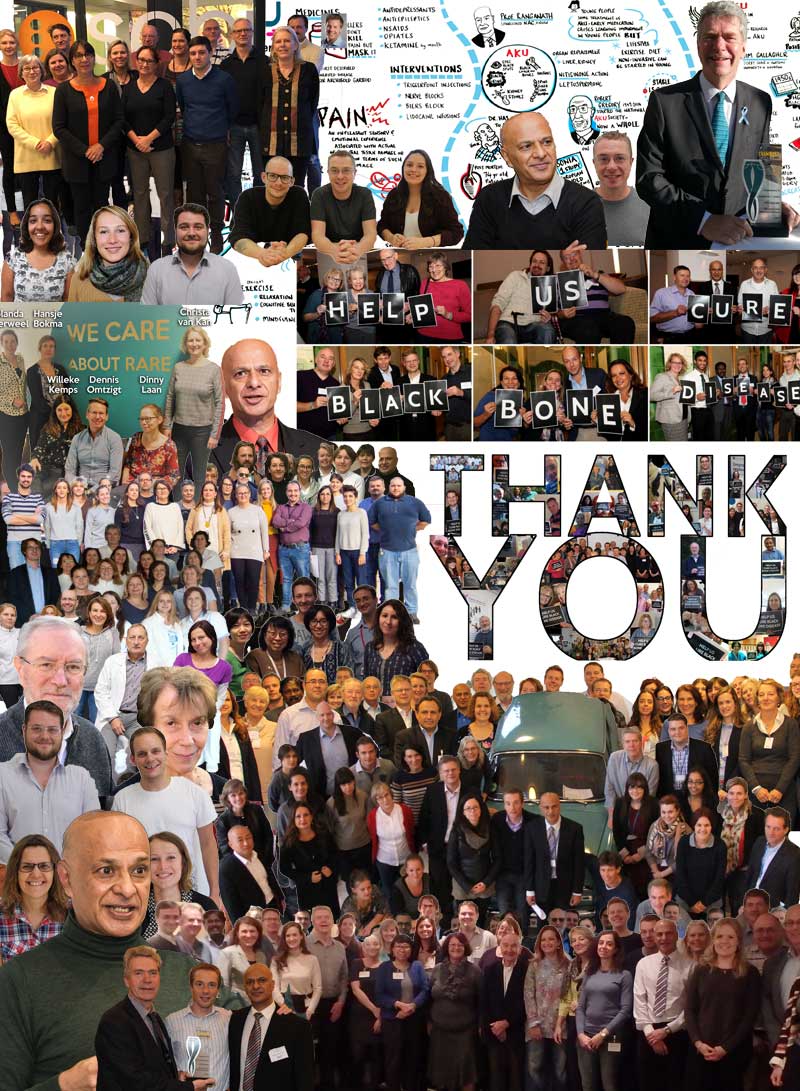 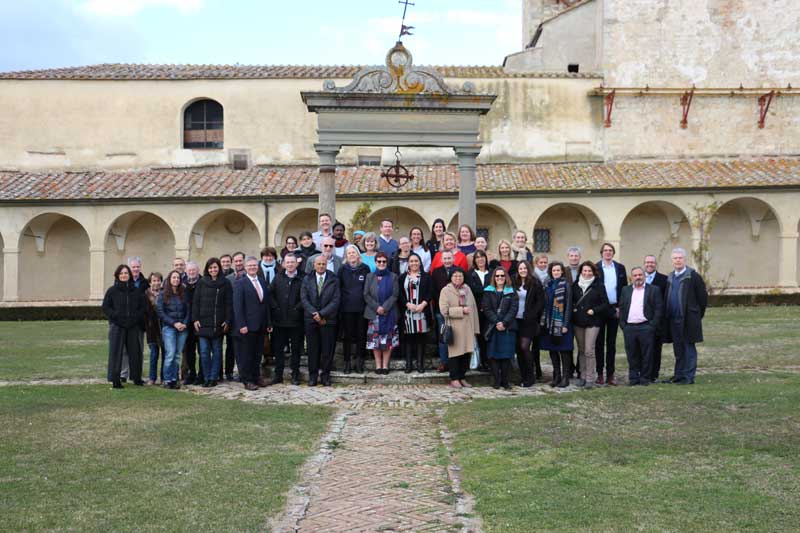 The DevelopAKUre consortium partners pose for their last group photo in the monastery’s quadrangle.

As the leading experts from around the world were in one place, it was a brilliant opportunity to spend a day exploring the work various experts in AKU have done in expanding the understanding of AKU outside of DevelopAKUre.
The day was hosted just outside of the city at the University of Siena campus and was again organised by Daniela Braconi and the team there. A parallel Italian AKU patient workshop also took place. A surprise heavy snowfall almost sidetracked us. The talks were introduced by some of the leading Italian researchers of AKU and featured talks from clinicians and experts from all over the world.
Below is a selection of pictures from the meeting. 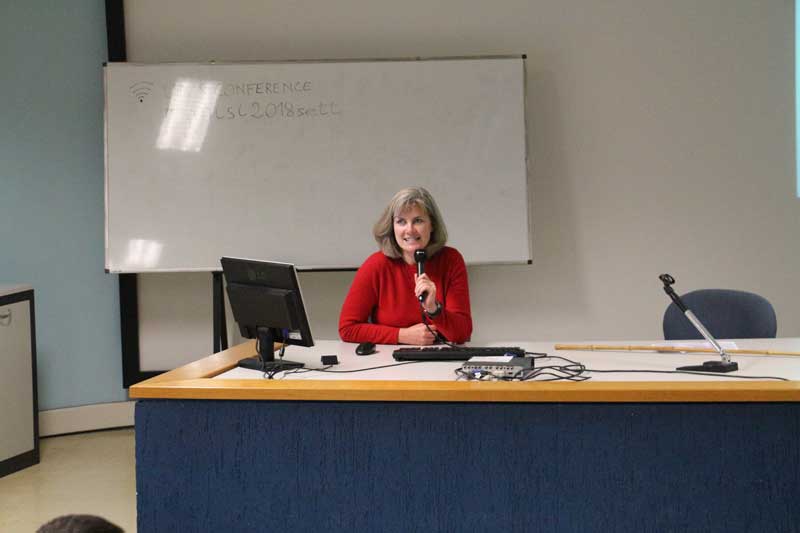 Dr Wendy Introne from the National Institutes of Healthcare (NIH) in the United States talked about AKU in the USA and what she has found from the patient population there. Dr Introne has been instrumental in our understanding of nitisinone as a treatment for AKU. 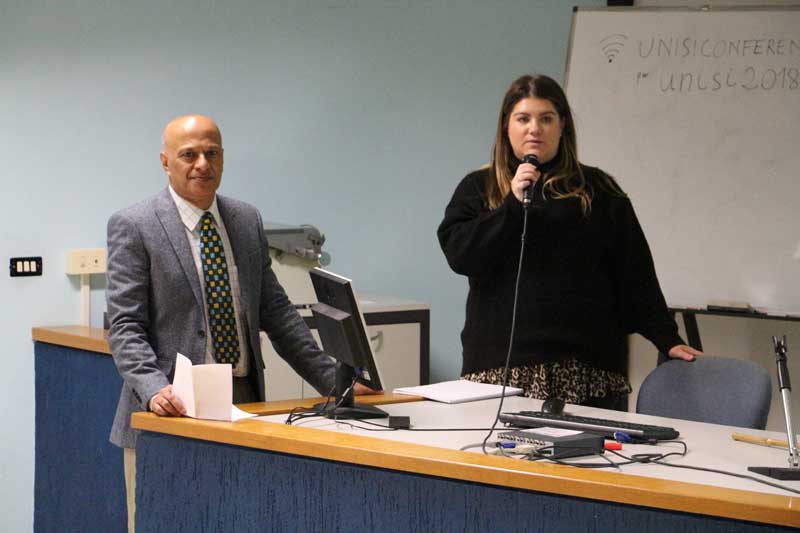 Hollie Washington from the National Alkaptonuria Centre (NAC) shared the NAC story and what they learnt about off-label use of nitisinone for English and Scottish patients. 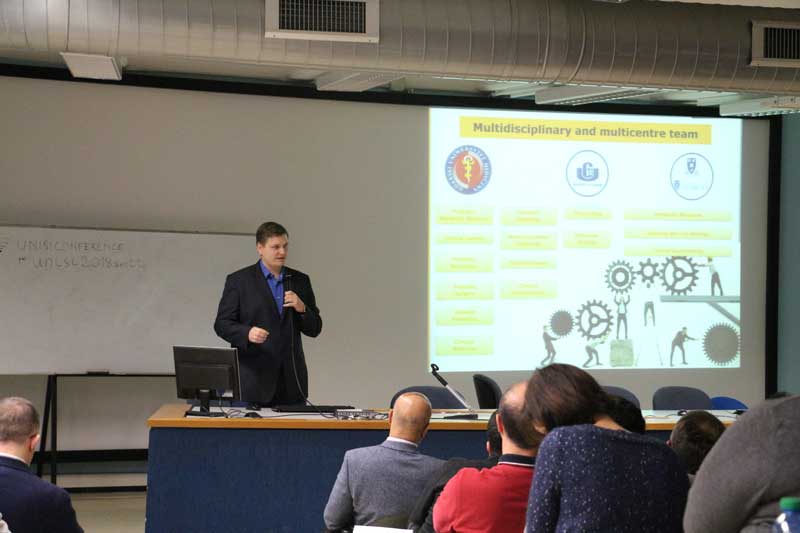 Dr Mariuz Kujawa from the Medical University of Gdansk explained his care for paediatric AKU patients in Poland. Dr Kujawa also wants to help older patients access the treatment they deserve and may even set up an AKU Society in Poland. 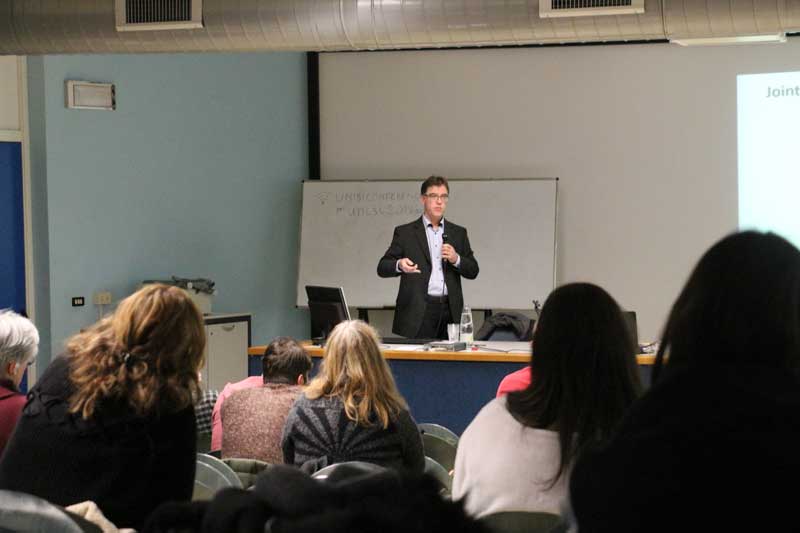 Prof Gabor Barton from Liverpool John Moores University described how he uses gait analysis to understand how AKU changes the way people walk, potentially identifying joints that are about to fail. 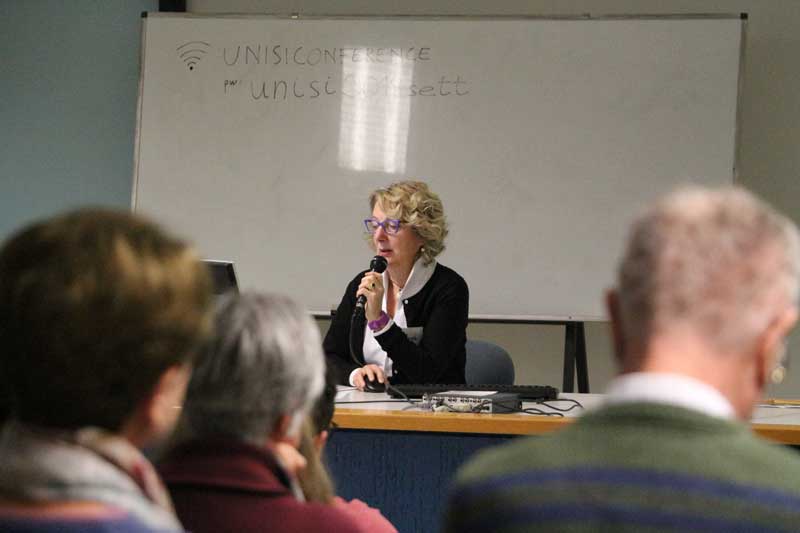 Prof Sylvia Sestini, the chair of aimAKU (the Italian AKU patient group), highlighted her work with the European Union, especially with European Reference Networks, otherwise know as ERN’s a group of expert patients and clinicians who help the EU with their understating of health care issues.

If you would like to know about the talks, please email [email protected].