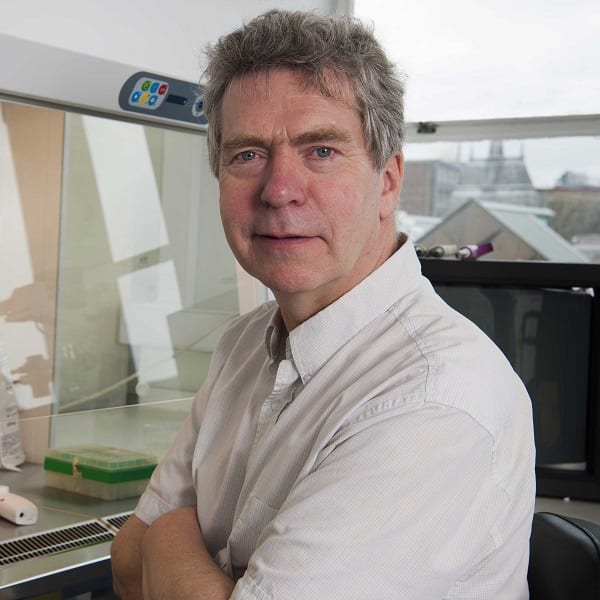 Professor Jim Gallagher holds the Derby Chair of Anatomy and Cell Biology at the University of Liverpool. Jim obtained his PhD from Cambridge on the metabolism of vitamin D under Eric Lawson. He undertook postdoctoral research in Herbie Fleisch’s lab in Bern on bisphosphonates, then Graham Russell’s lab in Sheffield where with Jon Beresford, he developed the first techniques to culture osteoblastic cells from human bone.

In 1984 he was appointed to a lectureship at University College London (UCL) where he worked with Alan Boyde. He moved to Liverpool in 1986 and has undertaken short sabbaticals in Melbourne with Jack Martin working on PTHrP, and at Ciba-Geigy, Basle with Graeme Bilbe on gene expression in bone. Jim has published over 150 full peer-reviewed publications, 20 book chapters and five patents. He has supervised 35 PhD students, 10 of whom hold academic positions in UK universities.
For the past decade, his research has focussed on investigating the mechanism of joint destruction in the inherited disease alkaptonuria (AKU), in collaboration with L Ranganath. Jim has been the main organiser of the International Workshops on AKU and has spoken at several AKU patient workshop
Robert Minter2020-04-23T13:53:42+01:00August 27th, 2019|